Ease your mind with a private pregnancy scan that gives you 50-100% longer to relax, ask questions, and get to know your baby

Choose from the scans below to get started:

Peace of mind from 6 weeks

There wasn't really any need for me to feel anxious.

At 7 weeks pregnant, I hadn't experienced any pain or bleeding. I hadn't suffered any miscarriages. I hadn't struggled to conceive.

In fact, the only signs that I was pregnant were two blue lines on a test and the fact that I was running to the loo every hour or so to be sick.

Even though I knew sickness was normal in pregnancy, I also realised that I was flushing vital nutrients away, and worried about what effect it might be having on my baby.

As time passed - even though the sickness and my concerns eventually disappeared - they were quickly replaced with other symptoms and worries.

For example, later in pregnancy, my mind was consumed with tracking my baby's movements.

In the same way that it's normal to be sick, I understood that it was natural for my baby to stop moving for a while.

Yet, at the same time, I also knew that lack of movement can be a sign that something is wrong.

Although my midwife has equipped me with the tools to determine whether the movements - or lack of movements - was normal or abnormal, it was often difficult to tell the difference.

What I ultimately discovered is that I really had no idea how my pregnancy was progressing until I saw my baby with my own eyes.

And that the only time I felt totally at ease was when I saw my daughter on an ultrasound scan, heard her heart beating, and observed her development.

Here again, I was very fortunate. I opened Sneak-A-Peek Ultrasound when pregnant with Mabel, which meant I could scan myself to check on her whenever I wanted.

Chances are, you don't have your own ultrasound machine and the training to scan yourself on demand.

On the other hand, you do have the opportunity to ease your mind as frequently as you want and need with private pregnancy scans.

Even though I've always loved supporting expectant parent's as a sonographer, experiencing the highs and lows of pregnancy first-hand made me even more passionate and determined to give you a personal, reassuring, special scan experience at Sneak-A-Peek Ultrasound.

A scan at Sneak-A-Peek can take you from worried to calm, tense to relaxed, and from anxious to overjoyed - and not just in early pregnancy.

"You made my husband and I feel so at ease. It's the best scan experience I've ever had." - Elisha George

The only gender scan with a 45-minute appointment - and re-scan guarantee - so there's time to check, double-check and triple-check your baby's sex.

"The whole experience was amazing. We were made to feel very welcome and relaxed from the minute we walked in. We found out the sex of the baby and checked their health." - Lorraine Brooks

See your baby's facial features with crystal clear 3D/4D HD Live imaging - plus their arms and legs in 2D - and you'll feel more excited than ever about their arrival.

"Thank you for our scan yesterday. It was amazing and so in-depth. It put our minds at rest about a lot of things we were worried about, and just magical to see our little boy more clearly! It has made us even more excited to meet him and all the family were so impressed with the detail. I would 100% recommend a 4D scan to anyone through you" - Lauren Mason.

Maria had been supporting parents for 9 years, as an NHS sonographer, when she became pregnant with her daughter Mabel. After a private early pregnancy scan, Maria felt compelled to give other women a longer, better quality, more personal scan experience. Sneak-A-Peek Ultrasound opened in December 2019 to rave reviews from parent's around Devon, Somerset, Cornwall and further afield. Now, she dedicates her time to Mabel and supporting parents like you.

Get To Know Maria

But Maria’s reviews were so good that we took the chance, and I’m so glad that we did! Due to previous miscarriages we have felt quite anxious throughout this pregnancy, but Maria was so welcoming and kind, made us feel instantly at ease. We didn’t feel rushed and she took her time to explain everything. I would 100% recommend Sneak-A-Peek Ultrasound to anyone. Thank you so much!

I am on my third and last baby and if that wasn't the case I would be booking this scan for any new pregnancies I might have had. It was the best decision in all 3 pregnancies that I have made. We found out the gender (a new thing for us) which will make my organising everything a lot easier. Maria was exactly how and who you'd want her to be. I felt so at ease and so comfortable around her.

"Being first-time parents we were so unsure what to expect"

But the moment we walked in the door we felt right at ease. We couldn’t have felt any more comfortable than with Maria. We have recently had a 4D scan at 30 weeks and it was the most magical experience we could ever have asked for. The quality of the scan was so amazing, it felt like our baby was there with us. We have never felt rushed in our 3 experiences and we got so many lovely videos and pictures that we will cherish forever. We would highly recommend this experience to anyone and everyone.

How to Book a Scan

Request an appointment for an early pregnancy, well-being, gender or 4d scan. Use the form to tell Maria about yourself, your pregnancy, and reasons for considering a scan.

Step 2: Wait for an email from Maria

After requesting an appointment, you will receive an email from Maria - usually the same day - with possible scan time(s). Appointments are usually scheduled a week or more in advance, so we can't guarantee there'll be one in your preferred time-frame, but we'll do our best to accommodate you.

If and when you've agreed a time for a scan, Maria will send you a link to her online calendar where you can schedule the agreed-upon appointment with payment.

Make Your Experience Even More Special

Popular keepsakes you can add to your scan experience 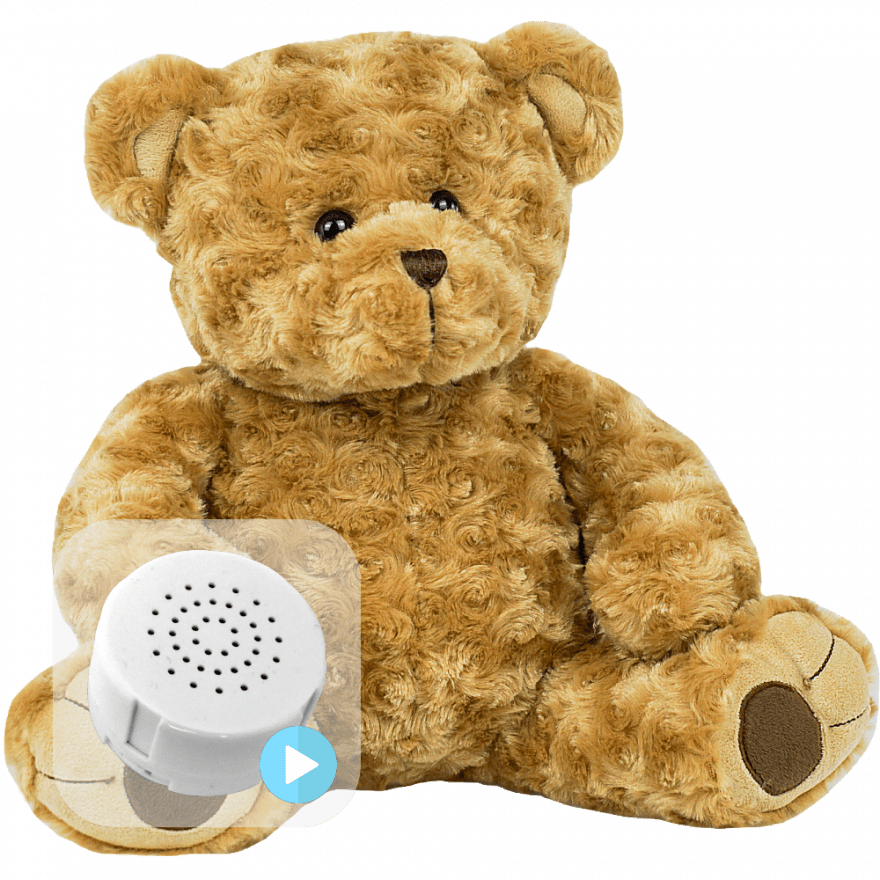 Record and play back the sound of your baby's heart beat for years to come. 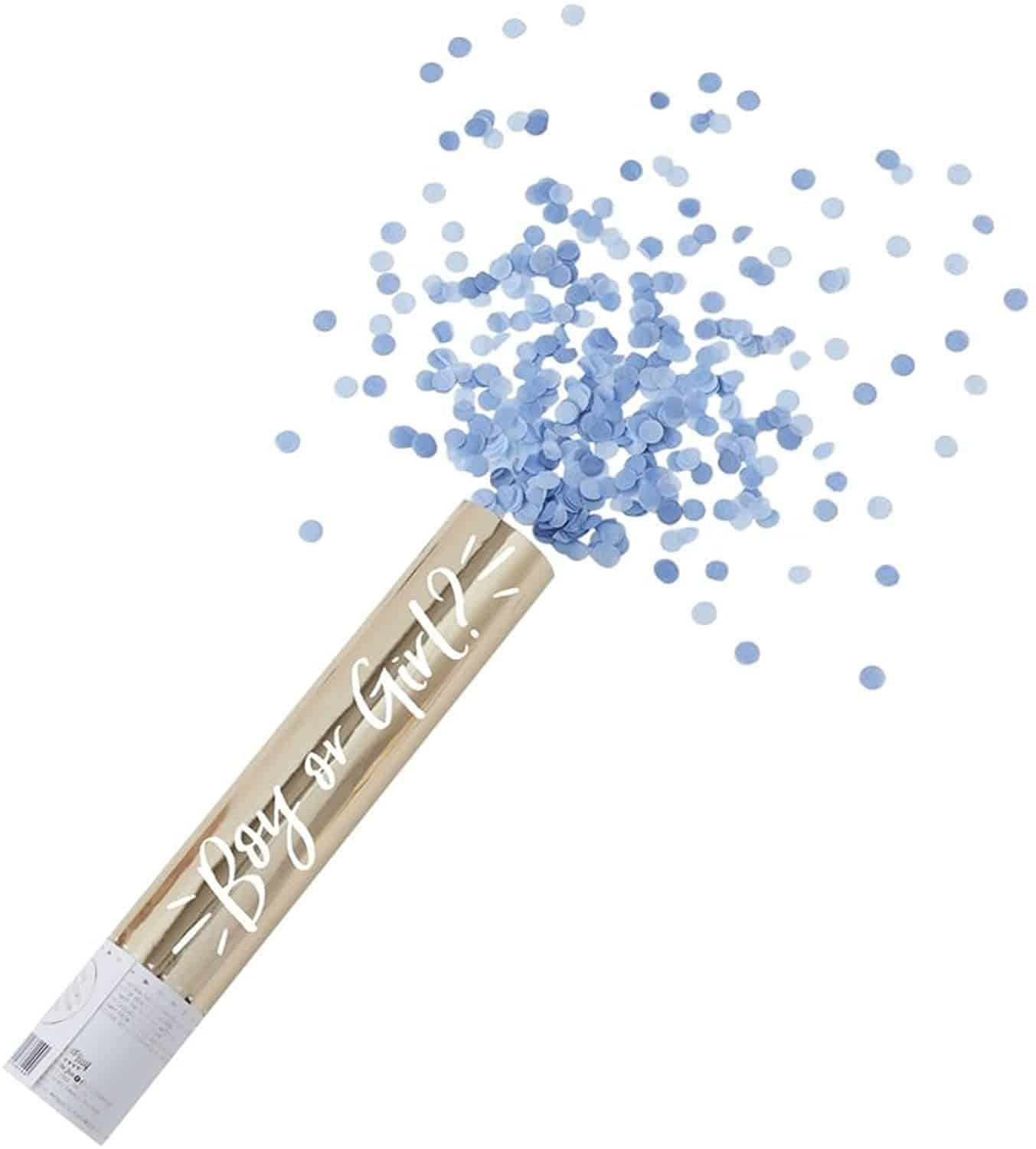 Reveal your baby's gender - to yourself and/or others - with a bang. 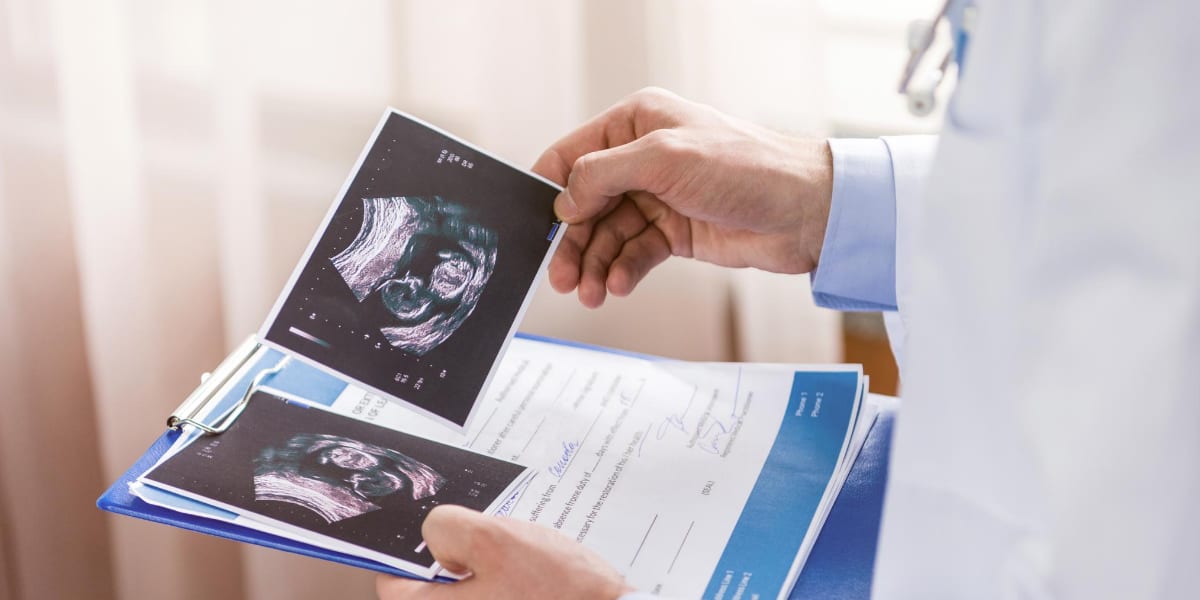 Add to an A6 photo frame, your scrapbook, or gift to relatives. 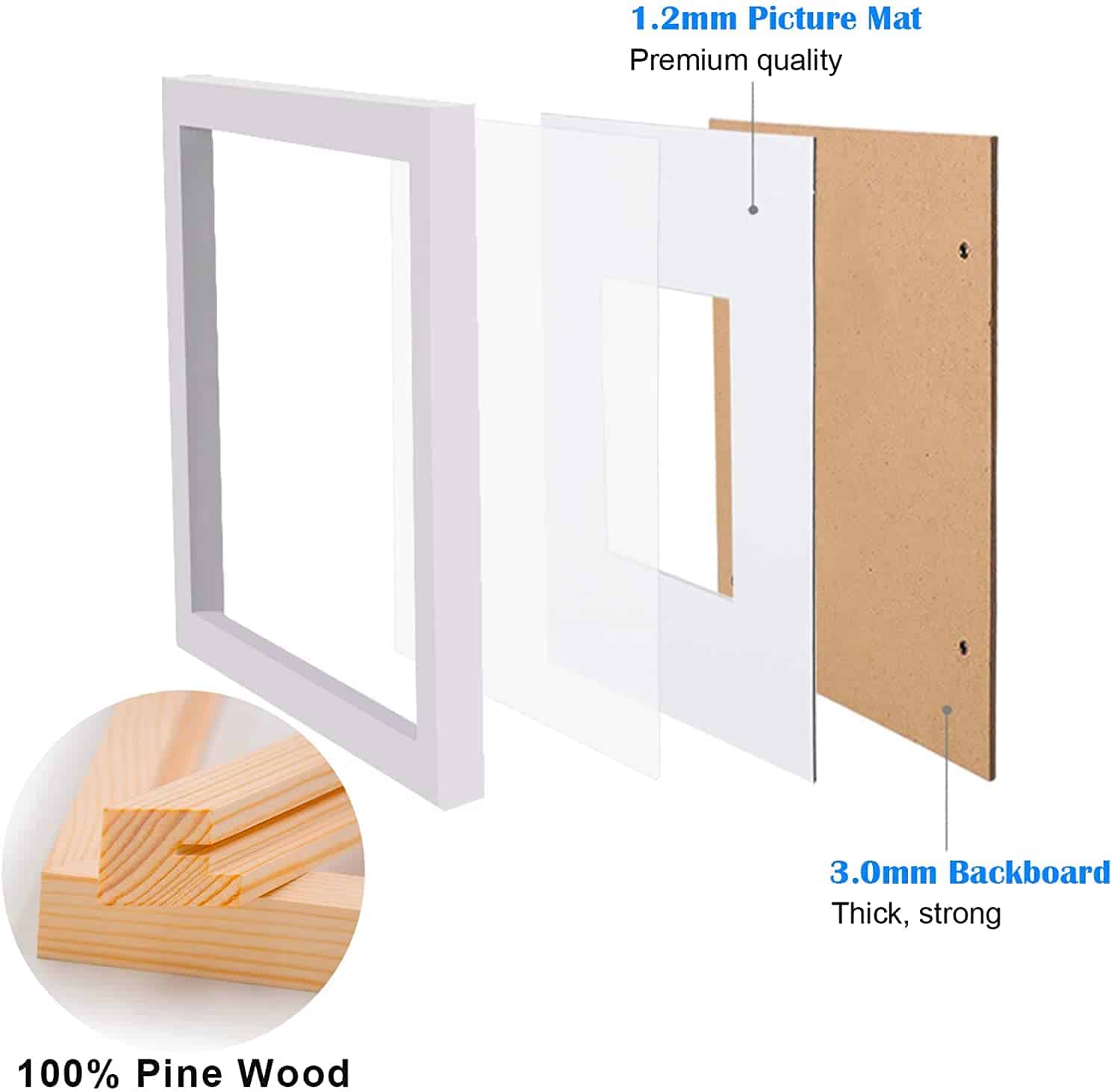 Display one of your premium scan prints in an elegant white pine frame. 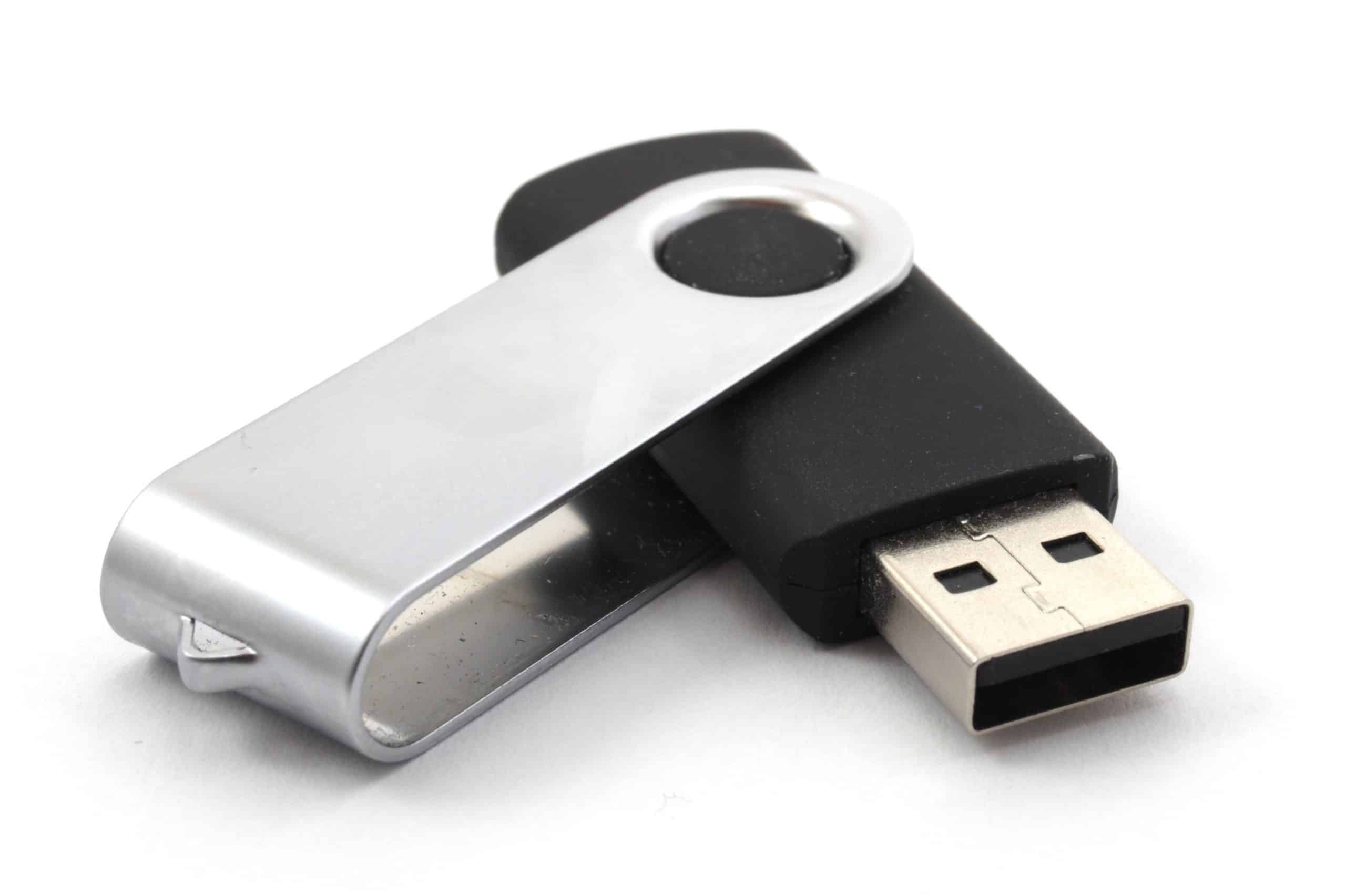 Get your scan pictures on a USB stick (in addition to digital downloads) for easy access and sharing.

What Parent's Are Saying About Maria

"Maria made the scan incredibly special for us"

It really felt like she cared about our experience and she took the time to explain everything in detail. A huge thank you to Maria for her excellent communication before, during and after the scan. We absolutely loved every second and are so pleased we decided to have the scan. It was worth every single penny.

"Maria was so welcoming and kind"

Due to previous miscarriages we have felt quite anxious throughout this pregnancy, but Maria was so welcoming and kind, made us feel instantly at ease. We didn’t feel rushed and she took her time to explain everything.

"We love how Maria talks us through every step"

My partner and I found it to be a much better experience having the scan with Maria versus going to the hospital. It is so much more relaxed, calm and personalised. We love how Maria talks us through every step, what she is doing, what she is looking for and why as well as giving us time to process. It makes the process much less anxiety-provoking and much more enjoyable. 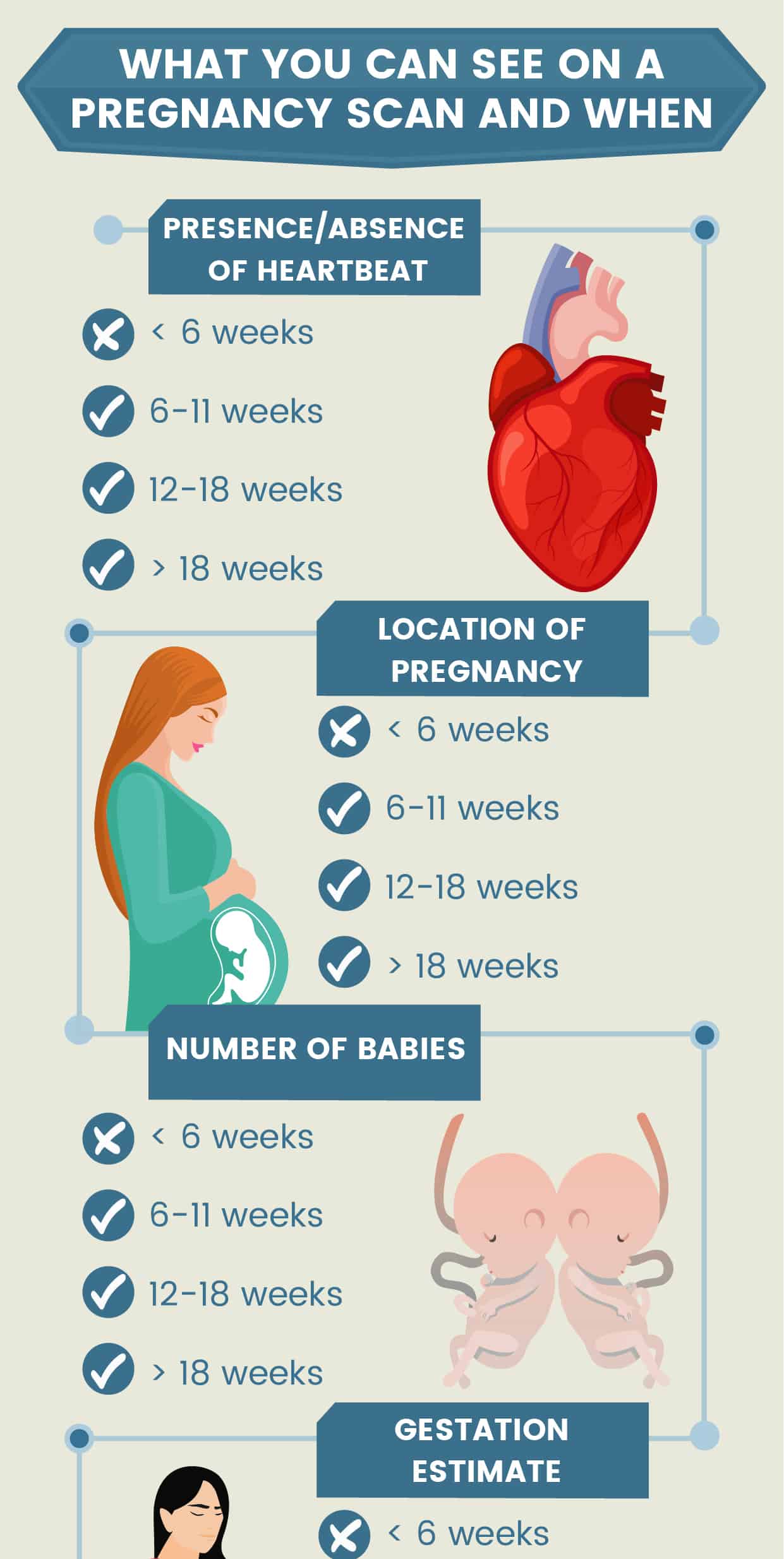 What you can see on a pregnancy scan (and when)

Free infographic reveals when you can see and hear your baby's heartbeat - and more!

How early can I have a scan?

Pregnancy can be detected on an ultrasound scan from 6 weeks. Therefore, if you are confident in your dates, prepared to have a transvaginal (internal) scan, and simply want to know that your pregnancy is viable, then you could have a scan from 6 weeks.

On the other hand, if you're not that confident in your dates and/or you would prefer to avoid an internal scan and/or you'd like a little more information in addition to assessing viability, then I recommend having an early pregnancy scan from 8 weeks.

Who can I bring with me to the scan?

You can bring 4 guests with you (5 total, including you). That might include your partner, mum, dad, children, friend - it's totally up to you. Bring whoever you want by your side, whoever you want to share the experience with, or your children if childcare is difficult to organise.

What appointments do you have?

I typically scan 9-5, Wednesday to Saturday. Even though my schedule tends to fill up a week or more in advance, I block off time each week for urgent early pregnancy scans. And, occasionally, someone will change their appointment, freeing up a slot at short notice. Therefore, for up-to-date availability, please request an appointment for the scan you are interested in and I will email you to arrange a date and time.

How much do scans cost?

Candidly, Sneak-A-Peek scans are more expensive than most. But you do get more for you money - and a much more personal, reassuring, and memorable experience than elsewhere. Visit the services page to see up-to-date prices - and detailed information - for each scan type.

A Note From Maria

Thank you very much for visiting my website. It's my mission to help you navigate your pregnancy with peace of mind. If you think a scan might help you achieve that, I'd be thrilled to meet you. Either way, I wish you a very happy and healthy pregnancy. 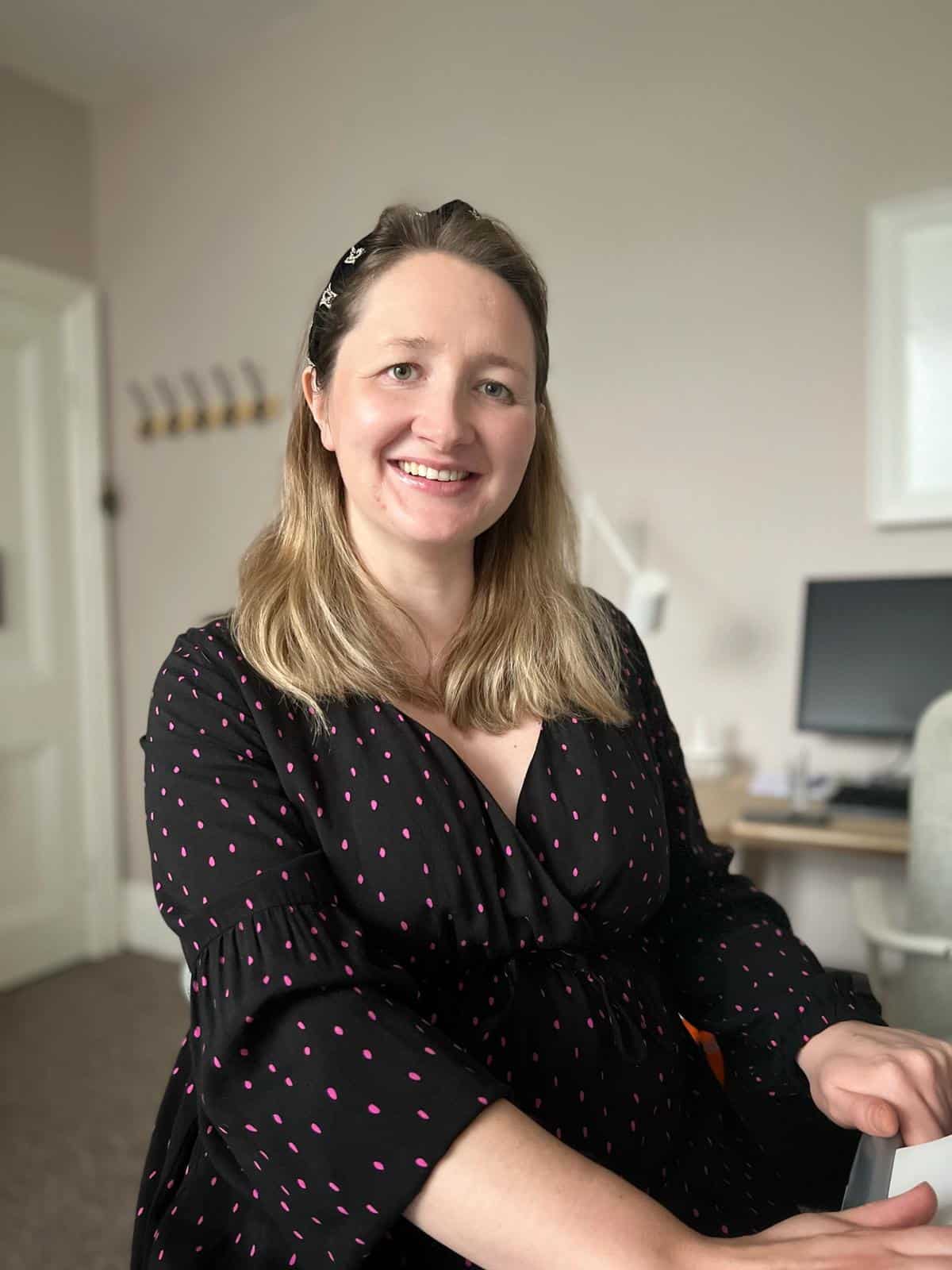